Avi Yona Bueno (Bambi) is a prominent lighting designer which holds a long and prosperous career during which he collaborated with notable artists from various fields; musicians, rock bands, theatre and opera directors, choreographers and dance companies, musical theatre, and visual artists from Israel and all over the globe.
Bambi began his career as a lighting designer for leading Israeli musicians and rock bands performing in Israel and abroad, and continued to working with international musicians at concerts and tours. Alongside, Bambi has established his position as a senior designer on the Israeli theatre, opera, and dance stages, and holds positions as resident lighting designer for several notable institutions.
Throughout his prolific career, Bambi has designed lighting for a wide range of performances and artistic events; from mainstream Mega large productions to experimental/avant guard projects. He is the recipient of dozens prestigious awards including best designer of the Year and other prizes and has gained a highly esteemed reputation among the local and international performing arts communities.

Theater
As most acclaimed lighting designer in Israel, Bambi has worked with the leading Theaters in the country, designed productions at Habima National Theater, Cameri Theater, Gesher Theater,Beit Lessin theater, Beer Sheena Theater……
Bambi is the resident Designer for the outstanding “Itim Ensemble” with director Rina Yerushalmi winner of international awards ,for the past 25 years
Resident Designer for The Gesher Theater for the past 26 years.
Resident designer for Bat Sheva Dance Company for 31 years
Throughout his career, Bambi has designed over 250 Theater productions, including numerous musicals such as My Fair Lady, Cabaret, Chicago , Beggers Opera ,and the Producers, Currently design Saturday night fever for Cameri Theater ,

Awards
Bambi’s contribution to the field of lighting design has garnered him many awards and nominations. he has received 14 Best Lighting Design/Designer of the year awards by the Israeli Theater Academy,Bambi has an Award from “Thea” for Disney theme park for outstanding innovative light art design in the Wailing wall in Jerusalem,
Golden porkypin award
The Tel Aviv prize for Immaculate achievements in the field of the art of lighting,
The Shapira Dance price for creating a new form of lighting for the Dance,
among many other rewards and honours. 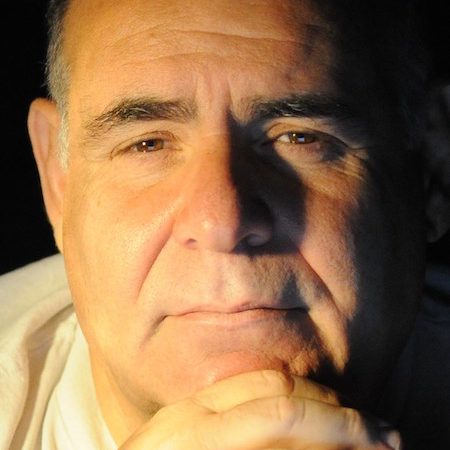